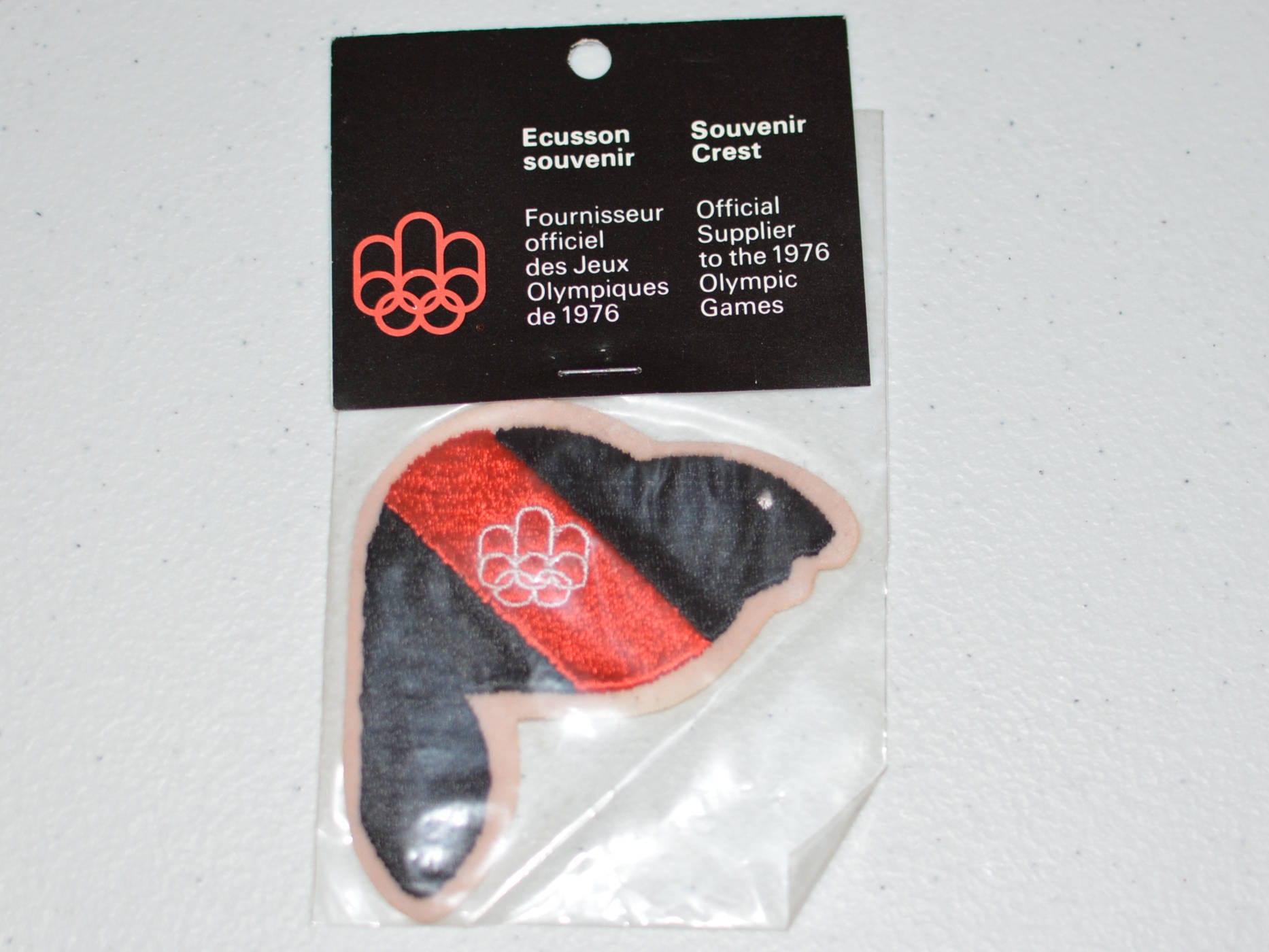 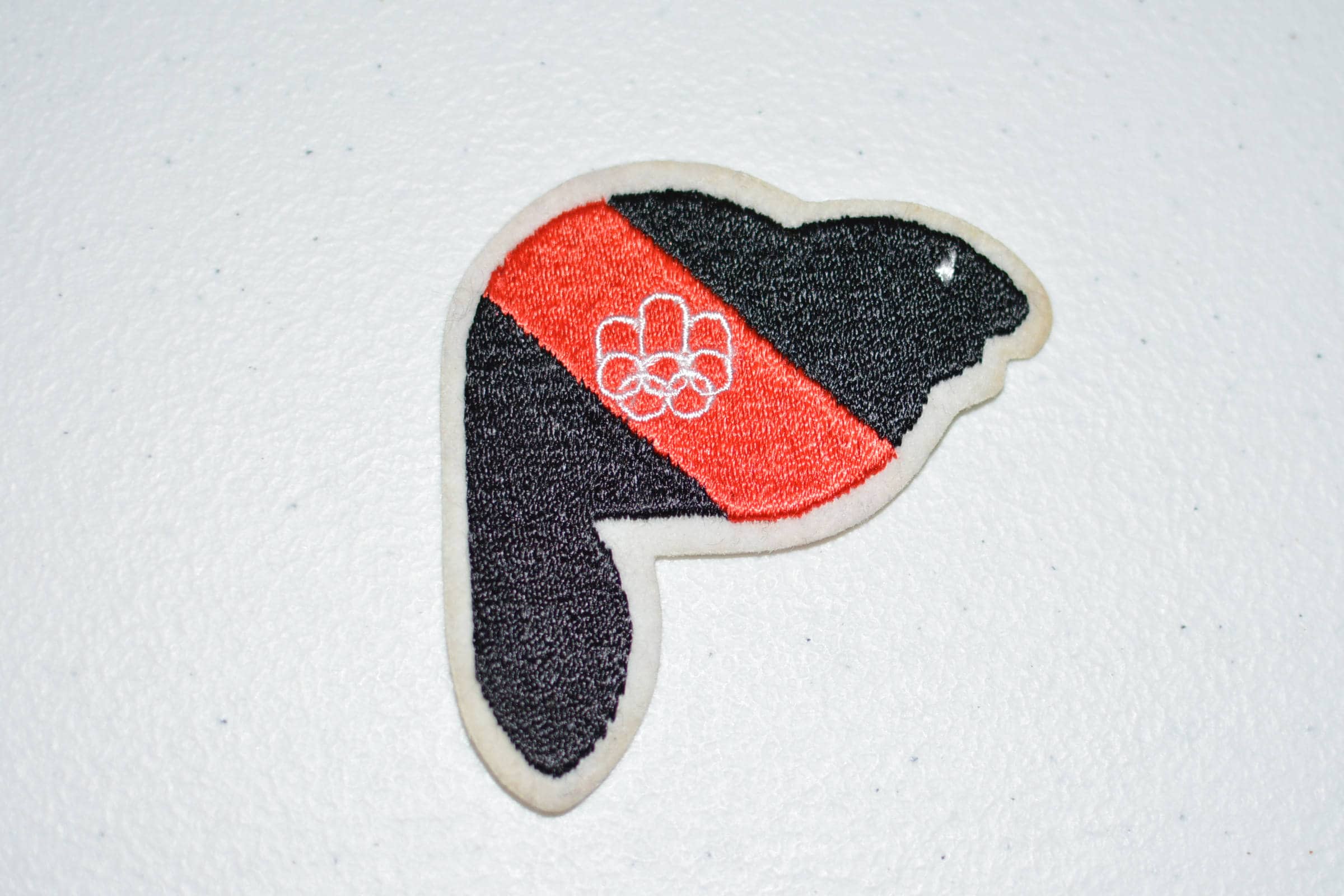 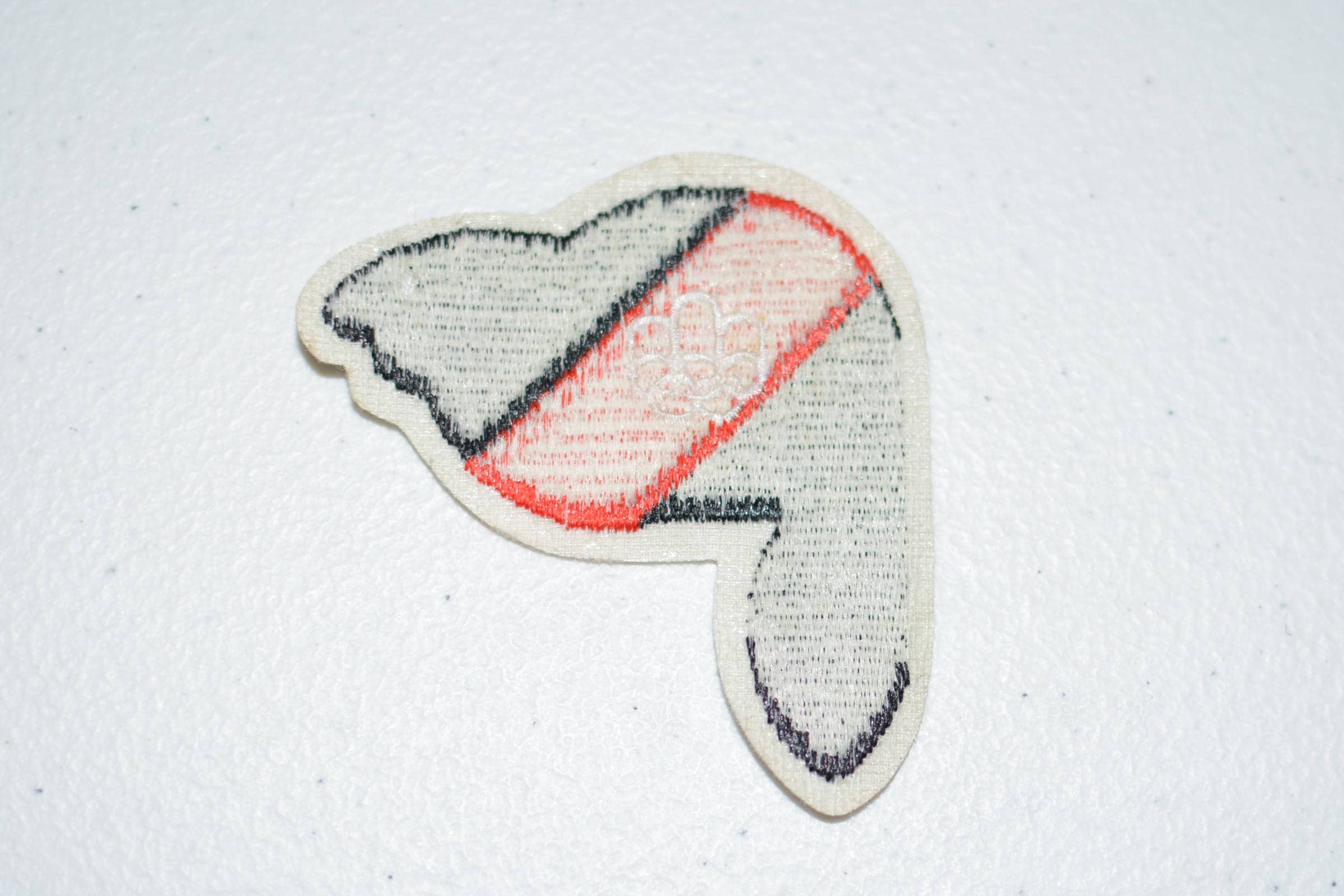 This is an authentic-vintage, officially-licensed, souvenir crest embroidered patch from the 1976 Summer Olympics hosted in Montreal, Quebec, Canada. It was produced by Grant Emblems, Ltd.

This beaver, Amik, was the mascot of the 1976 summer games and was chosen because the beaver is native to Canada and the animal represents "hard work".

Besides this particular mascot crest, we also have square emblem patches in red, white & blue versions available from the same games. You can see our entire collection of Olympics-related patches here: https://www.etsy.com/shop/awesomewares?search_query=olympics

Great collectible piece of Olympic games memorabilia. Add it to your collection today or purchase some for friends/family as this makes a great, unique gift idea as well!

- These Olympics were the first of two summer games to be organised under the IOC presidency of Michael Morris, 3rd Baron Killanin

- At age 14, gymnast Nadia Comăneci of Romania became the first person to score a perfect 10 at the Olympics, recording seven 10.00 scores and winning three gold medals, including the All-Around. The scoreboard could hold only 3 digits and the score was shown as 1.00. In women's gymnastics three gold medals were also won by Nellie Kim of the Soviet Union. Nikolai Andrianov of the USSR won four gold medals, including All Around, in men's gymnastics.

- Taro Aso was a member of the Japanese shooting team. 32 years later, he would be elected as the prime minister of Japan.

- The Games were opened by Elizabeth II, as head of state of Canada, and several members of the Royal Family attended the opening ceremonies. This was particularly significant, as these were the first Olympic games hosted on Canadian soil. The Queen's daughter, Princess Anne, also competed in the games as part of the British riding team.

- After a rainstorm doused the Olympic Flame a few days after the games had opened, an official relit the flame using his cigarette lighter. Organizers quickly doused it again and relit it using a backup of the original flame.

- The Israeli team walked into the stadium at the opening ceremony wearing black ribbons in commemoration of the 1972 Munich massacre.

- Women's events were introduced in basketball, handball and rowing.

- Canada, the host country, finished with five silver and six bronze medals. This was the first time that the host country of the Summer Games had not won any gold medals. This feat had occurred previously only in the Winter Games – 1924 in Chamonix, France and 1928 in St. Moritz, Switzerland. This later occurred at the 1984 Winter Games in Sarajevo, Yugoslavia, and again at the 1988 Winter Olympics in Calgary, Alberta, Canada.

- Because of the Munich massacre, security at these games was visible, as it had been earlier in the year at the Winter games in Innsbruck, Austria.

- Viktor Saneyev of the Soviet Union won his third consecutive triple jump gold medal, while Klaus Dibiasi of Italy did the same in the platform diving event.

- Alberto Juantorena of Cuba became the first man to win both the 400 m and 800 m at the same Olympics.

- Boris Onishchenko, a member of the Soviet Union's modern pentathlon team, was disqualified after it was discovered that he had rigged his épée to register a hit when there wasn't one. Because of this, the USSR modern pentathlon team was disqualified. Onischenko earned the enmity of other Soviet Olympic team members: for example, USSR volleyball team members threatened to throw him out of the hotel's window if they met him. Due to his disqualification, it was suggested that he earned the nickname of "Boris DISonish-chenko".

- Five American boxers – Sugar Ray Leonard, Leon Spinks, Michael Spinks, Leo Randolph and Howard Davis Jr. won gold medals in boxing. This has been often called the greatest Olympic boxing team the United States ever had, and, out of the five American gold medalists in boxing, all but Davis went on to become professional world champions.

-Princess Anne of the United Kingdom was the only female competitor not to have to submit to a sex test. She was a member of her country's equestrian team.

- Japanese gymnast Shun Fujimoto performed on a broken right knee, and helped the Japanese team win the gold medal for the team championship. Fujimoto broke his leg on the floor exercise, and due to the closeness in the overall standings with the USSR, he hid the extent of the injury. With a broken knee, Fujimoto was able to complete his event on the rings, performing a perfect triple somersault dismount, maintaining perfect posture. He scored a 9.7 thus securing gold for Japan. Years later, when asked if he would do it again, he stated bluntly "No, I would not."

- In winning the gold medal for the men's 100m freestyle, Jim Montgomery of the U.S. became the first person to break the 50 second mark in the event, taking first place in the final in a time of 49.99.

- Luann Ryon won the women's Archery gold for the USA; Ryon had never before competed at the international level.

- Alex Oakley, the Canadian race walker, became the oldest track and field athlete to compete at the Olympic Games. He was aged 50, and taking part in his fifth Olympics.

- The New Zealand men's national field hockey team beat Australia to win gold, becoming the first non-Asian/European team to win the gold medal in hockey. It is also the first Olympic games in which hockey was played on artificial turf.

- The Polish men's volleyball team came back from being down 2 sets against the USSR to win the gold medal.

- Twenty-year-old Morehouse College student Edwin Moses sets a new world record in the 400m hurdles, less than a year after taking up the event. He is also America's only male individual track gold medalist.

- Thomas Bach of West Germany won a gold medal in the team foil event in fencing. He would later become IOC President.

- Heavyweight boxer Clarence Hill won a bronze medal for Bermuda. His accomplishment makes Bermuda the smallest nation in terms of population to win an Olympic medal at the Summer Olympics.

Base level domestic shipping does NOT include a tracking option. Most orders arrive in 5-6 business days or less. However, that can be very erratic depending on seasonal and weather factors affecting the postal service. Occasionally it may take up to 2 weeks to receive your order.

Several upgraded shipping options are available for select listings if you need faster delivery and/or tracking information. However, please understand that once we ship your order it is out of our hands and we can't control whether the USPS actually delivers it in a timely manner. Please consult their website for their estimated delivery times to your area. We ship from zip code 64119.

Any customs charges, duties, taxes or other charges related to importation of goods into your country are the responsibility of the buyer. We're not experts on International shipping laws, and we also don't collect any such monies on behalf of foreign countries) so it's up to you to know and understand any tariffs, taxes or other import charges you may face once the merchandise arrives.